Srilankan prime minister Mahinda Rajapakse resign from his post on 09 May 2022. Things in Srilanka got worse with each day passing, and the Rajpaskhe’s supporters turned violent. They attack the peace protestor sitting outside the president’s house protesting against the Sri Lanka economic crisis. This becomes the reason for the resignation of Mahinda Rajapakse. Later the protestor who protested peacefully also get violent and set the buses, PM, and their family houses on fire. To stop this Police have to fire the tear gas shells and water cannons. After some time police declared a national wide curfew. Till now almost 200 people injured badly and 5 people were killed in this violence.

“A dream doesn’t become reality through magic; it takes sweat, determination, and hard work.” These lines of Colin Powell suit the current situation in Sri Lanka. Sri Lanka’s economy is out of funds right now and they are witnessing the toughest time of their lives.  People are protesting on the road because they are not able to afford things. Shortage of food, Petroleum, and daily needs resources sparks violence.  In this Sri Lanka economic crisis article, you will understand how some decisions can ruin the fortune of the whole country.

If we talk about the current situation in Sri Lanka it getting worse day by day. People are facing power cuts for hours, and a whole country run out of goods including gases and petroleum. As we can see in the news there are long queues in front of the grocery shops. Sri Lankan President Gotabaya Rajapaksa is failed to counter the circumstances and this leads to a very threatening situation.  But how does a growing country is ended up here Let us understand this?

How the Economic crisis in Sri Lanka Started?

Sri Lanka is fighting some serious economic problems and the whole country is running out of resources. If we understand the reason behind this situation then we’ll find that it was a complete failure of the Sri Lankan government and administration. The government of Gotabaya Rajapaksa took some foolish steps which were revolutionary according to them and ended up putting the whole country in tough times. Those steps are:

Before the election, the party of Gotabaya Rajapaksa promises that they cut the tax rates and promote it in their manifesto. A few months after winning the election, they kept their promise and reduce the tax rates. Although the government took the right step in the wrong way. Without proper planning, the decision was implemented and caused a serious issue to government income. After this decision, the government received a lower taxes amount and within a few months, it started reflecting on the funds the government.

Another revolutionary step is taken by the Srilankan government related to the agriculture field. Mr. Gotabaya Rakapaksa promised the people that he will make the whole country produce organic products. This step is recommendable but like other decisions here also the authorities of Sri Lanka failed in execution. Earlier the administration decided that they will adopt organic farming in serval phases.

But one-day government announce that they are banning the current farming methods and that everyone needs to use organic farming. And the situation goes worst here because organic farming is good for health without any question but it was not that feasible for production. As result, the Sri Lanks who export the rice to the world now needs to borrow it from other countries. The same happens with tea and other farm products.

Sri Lanka’s economy relies too much on travel and tourism and It is the main earning source for the people over there. But in 2020 covid -19 first wave come and the whole tourism industry shuts in flash. Almost for 2 years, no traveling is banned in the whole world. Since traveling is banned the income source of the government is reduced and they face some serious problems.

A foolish act is done by the Srilankan authorities. Sri Lanka signed a contract with the Chinese company for 1.2 billion dollars. Chinese company Harbor Engineering convince them by saying that they will build a shipyard for them. Also, present the information that Sri Lanka will earn billions of dollars from there. Although India and other countries warned Sri Lanka that this deal is not feasible. And the same thing happen the plan failed badly and the Chinese company took the shipyard under their control for 99 years.

Srilanka is a neighbor country of India and anything that happens over there also reflects the situation in India. There are many aspects that will impact India directly and some indirectly.  Some of the consequences of Sri Lanka’s economic crisis are quite vulnerable from the point of view of India and some of them are favorable for India.  The impacts of Sri Lanka’s economic crisis on India are:

How are India and Others Helping Sri Lanka?

Many countries and Organizing coming to help Sri Lanka to come out of this situation.  Here are some facts about how Sri Lanka is getting help :

If the decision is not carefully examined before the implementation it can cause serious problems. Sri Lanka imposes some amazing and visionary decisions but they failed miserably in the process of execution.  If they consider the important facts before implementing the decision then maybe the result would be different. Now Sri Lanka needs to make strong relations with countries like India, Israel, UAE, and the USA they will help them is coming out of this situation. But if they kept taking favor from china then china will completely take the control of Sri Lanka in the name of help.

Impact of Technology on Jobs 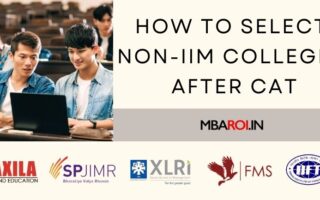 How To Select Non-IIM Colleges After CAT 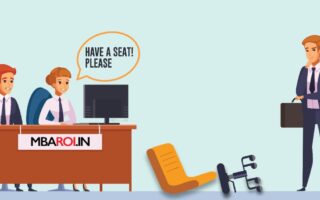 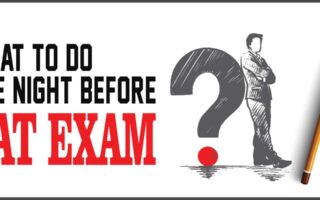 WHAT TO DO ONE NIGHT BEFORE CAT EXAM