In a landmark move the Indian Government on August 5, 2019, stripped the state of Jammu & Kashmir of its 70 decades of special status. While the BJP government has upheld the move as a long-overdue correction of a “historical blunder”, the nation seemed to be quite divided on the matter. Before taking a deep dive into the revocation of article 370, let us take a walk down the history of J&K, why is it controversial and what gave birth to the Article 370.

In 1947, the British had divided the Indian subcontinent into two – India and Pakistan. The disputed piece of land Jammu & Kashmir was still being ruled by the Dogra Maharaja Hari Singh who had signed a treaty of a standstill with Pakistan. Unsurprisingly Pakistan invaded J&K causing a breach in their agreement. It was a dire state of affairs when the Maharaja sought the intervention of the newly formed Indian Government.

In October 1947, the then Maharaja of Kashmir, Hari Singh, signed an Instrument of Accession that specified three subjects on which Jammu & Kashmir would transfer its power to the government of India: Foreign Affairs, Defense and Communication. After J&K’s accession, the National Conference leader Sheikh Abdullah took over reins from the Maharaja Hari Singh. In July 1949, Sheikh Abdullah along with his three other colleagues joined the Indian Constituent Assembly and negotiated the special status of J&K, leading to the birth of Article 370 and 35(A).

Before granting special status to J&K Mountbatten had persuaded Nehru to take the J&K issue to the UN. But Sheikh Abdullah driven by his own personal motive to be the ruler of an independent Kashmir persuaded Nehru to give special status to J&K. He had argued that Article 370 should not be placed under temporary provisions of the Constitution. He wanted “iron-clad autonomy” for the state but the Centre disagreed.

Article 370 was welcomed as a temporary provision to cater to the needs of the then troubled times. The accession of J&K State into the Indian Union was approved by J&K Assembly in 1956.

Article 370 of the Indian Constitution is a ‘temporary provision’ which grants special autonomous status to Jammu & Kashmir. Under Part XXI of the Constitution of India, which deals with “Temporary, Transitional and Special provisions”, the state of Jammu & Kashmir has been accorded special status under Article 370.

Thus, the state’s residents live under a separate set of laws, including those related to citizenship, ownership of property, and fundamental rights, as compared to other states.

From August 5, 2019, all clauses of the highly controversial Article 370 and Article 35(A) ceased to operate, and the state of Jammu & Kashmir no longer enjoys special status and autonomy. While some provisions of Article 370 had been diluted over time, article 35(A) by and large had remained
unchanged. The move came amid mounting tension in the state when the government, at the stroke of midnight, had put the top political leaders under detention and restricted their movement. It had also suspended
telecom/internet services in the state.

86 days after the Parliament revoked Article 370, Jammu & Kashmir ceased to be a state. The Centre introduced the Jammu and Kashmir Reorganization bill following which J&K became two union territories – Jammu and Kashmir and Ladakh.

The Game of Ifs and Buts

Article 370 unlike any other provision under the Indian constitution had built emotional, political, and religious barriers between the people of Kashmir and the rest of India thus fostering an idea of separatism. Over the decades the political parties, the bureaucracy, the business stalwarts and the judiciary have misused Article 370 as a token to cater to their vested interests be it for grabbing vote bank or capturing a share of the Kashmiri market.

For instance, as no outsider could settle in the state and own any property there, the politically well-connected people gained enormously. It is these influential people who made the rules, decided the price, and determined the buyer, since any competition from an outsider was completely ruled out.

A significant section of the country even believes that article 370 is the root cause of terrorism. Another rather controversial tragedies that the state faced was the denial of basic democratic and citizenship rights to nearly 600,000 refugees from Pakistan who entered the state at the time of a partition or as a result of wars between India and Pakistan, thereafter.

These refugees have made J&K their home for the last six decades, yet neither they nor their children can get citizenship rights in the state, as a result of the applicability of Article 370. They can neither vote nor fight elections.

Dr. BR Ambedkar in reply to Sheikh Abdullah’s demand for a special status in the Constituent Assembly of India had said, “You want India to defend Kashmir, give Kashmir equal rights over India, but you deny India and Indians all rights in Kashmir. I am the Law Minister of India; I cannot be a party to such betrayal of national interests.”

While one section of the nation including the BJP Government had welcomed the removal of Article 370 as a tool to establish democracy and leverage economic development in the state of J&K, the other section has extensively criticized the move. Some have even gone to the length of calling it a political disaster.

The political leaders of J&K had called the move unconstitutional and warned India of its consequences. They stressed on the fact that there were alternative ways of diluting the article. Instead of revoking the article in one go, the GoI could have diluted some of the undemocratic, biased provisions under Article 370 and 35(A).

For instance, the gender bias in Article 35A regarding the property rights of women who marry outside the state may have been acceptable in the 1950s but has no place in this day and age. This provision could have been done away with. Further the dispute over land ownership, provision of employment and social benefits etc. could have been dealt with.

The rashness of the decision leading to the creation of a false notion that the article erases the separate ‘Kashmiri identity’ has been widely criticized by the opposition. A section of India has given an even more strict opinion on the issue. They consider the event as a murder of democracy that will only further alienate the people of J&K.

The revocation of Article 370 was followed by a series of bans on internet and SMS facilities, hunger strikes all over the state, mass protests, regional violence, and heightened tension between India and our not-so-friendly neighboring country Pakistan. All this amidst complete lockdown of Kashmir and its political leaders on house arrest. The civil disobedience against India’s surprise move had continued despite authorities ending some restrictions in the next few months that followed.

People of Jammu and Kashmir and Ladakh have been anxious ever since the Article 370 had been revoked. Their primary cause of concern is the loss of jobs, land, and identity. People apprehend that their region will be the first destination for the eligible outsiders choosing to settle in J&K.

In support of Article 370 and 35(A) being revoked, prospects were held out of vastly enlarged economic and job opportunities, reduction in levels of terrorist violence, closer integration with the rest of India, and so on. But almost a year has passed, and the newly formed Union Territories are yet to see any eyeball grabbing economic development.

Levels of violence continue to remain high, broadly approximating what existed in earlier periods. The only silver lining has been the elimination of some top leaders of terrorist outfits, such as the Hizbul Mujahideen.

The restriction on high-speed internet continues to act as a deterrent for the students. Other matters of concern include the procedure of domicile certificate. Some believe that tension may arise as this can be seen as a trick to change the demography of the erstwhile State of J&K.

In the years to come, we can only hope that the laundry list of promises made by the Centre in relation to the development of Jammu and Kashmir, is realized. 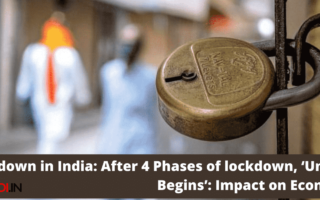 Lockdown in India: After 4 Phases of lockdown, ‘Unlock Begins’: Impact on Economy 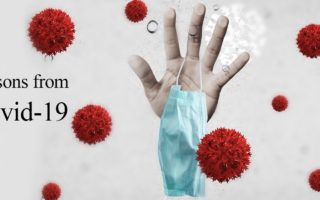 Lesson for the world from covid 19 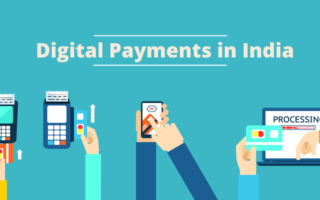