On 14th June 2022; Defense Minister Rajnath Singh launched the Agneepath Recruitment Scheme. This scheme is about the recruitment of Indian youth into the Indian Armed Forces. This recruitment process in the armed forces offers jobs below the rank of Officers for a 4-year duty along with training. But without any pension entitlement but a promise of yet-to-be specified assistance in getting post-discharge employment. This new scheme was announced after extensive deliberation over it the last 2 years. Its goal was to deploy fitter and younger troops on the front lines so India can counter the enemy. This scheme would provide Army, Navy, and Air forces a more youthful image. Women are also welcome to join the Armed Forces under the new recruitment scheme.

All the persons who are selected under the Agneepath scheme would be called Agniveers. During the 4 years of the service, Agniveers will be trained by the officers for combat purposes. After the completion of 4 years of service 25% of them, join the armed forces for a longer period. The Rest 75% agniveer have to return home, but it will depend on their performance in the assessment test Selected professionals will then serve for the full term of another 15 years in the army. Agniveers who have been disqualified after the 4 years will be given a lump sum amount of 11-12 lakh as Seva Nidhi.

There will be up to 46,000 soldiers joining the Indian Armed Forces via the Agneepath Scheme this year. The detailed notification regarding the recruitment will be published by the Indian forces soon. In upcoming years, the government is planning to increase it to 1.46 lakh from 46000.

Salary of the Agniveers for the 1st year will be around Rs. 30000/- monthly. Also, the 30% amount will be deducted as a contribution to agniveer crops from their salary. So the In hand salary for the 1st year will 21000/- monthly. From the 2nd year, the Net In-hand salary will be Rs. 23100 per month. They will also be entitled to the Risk and Hardship allowances. The total amount (with interest) to be given will be Rs. 11-12 Lakhs as a Seva Nidhi package after exiting from the service.

Eligibility: Who is Eligible for becoming the Agniveer ?

Men and women both are eligible for this scheme and should have their ages between 17.5 to 23. All the candidates need to enroll themselves at the online registration portal for all three ranks. Which is followed by the physical test at a technical institute. Candidates who passed their 10th and 12th class boards are eligible for becoming the Agniveer.

Pros of the Agneepath Scheme  – Why Indian Government Supporting this Scheme?

Cons of Agneepath Scheme: Why Youth is in Oppose of this scheme

However, the scheme as amazing as it sounds has a number of conceptual flaws.

Facilities provided to the Agniveers

So now we come to the question of whether Agneepath’s scheme is good or all the person who questioned this is right. First of all, it is not something that is happening first time in the world many countries like the USA, the UK, and South Korea already have the same kind of structure for armed forces recruitment. So the scheme is not bad but there are many problems related to the career security of the Agniveers and the government needs to focus on that.

The government of India needs to reshape this policy and try to give more importance to the career of agniveer. Because they are going to serve the nation and will put their lives in danger. Also, the people who are protesting need to stop this because violence and harming public property is not acceptable by any mean. There are many ways of protesting but violence is not one of them. Agneepath is a scheme that can change the Indian defense system but the only concern govt needs to solve is regarding the career security of Agniveer. And Government of India is working in that direction. 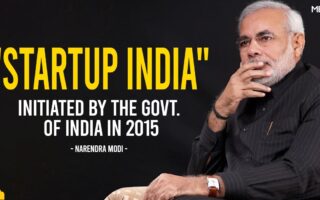 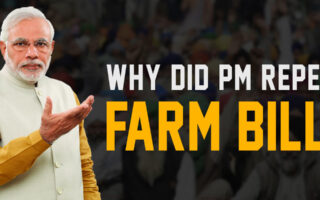 What is ‘Atmanirbhar Bharat Abhiyan’ announced by PM Narendra Modi